Ten years ago Linda Nieuwstad was studying for her Masters in Fine Art at the Sandberg Institute in Amsterdam. One day, when her fellow students were visiting contemporary art exhibitions, Linda visited the exhibition of the 17th century flower painter Jan van Huysum in an old museum in the city of Delft. At that time she did not know that this rather insignificant day in the museum would turn her life upside down. She was totally overwhelmed by the meticulously painted flowers on the masterpieces. The tulips looked freshly picked and the tiny flies on the paintings were as fragile as the real ones. Linda studied every painting in detail and she got several warnings from the museum supervisor as her nose was often a bit too close to the canvases. She imagined she could step inside one of the paintings and smell the roses, touch the soft hairy tulip stems and take a nap under a hollyhock. From that day on, Linda Nieuwstad wanted to live in a flower painting and she has been making big flowers ever since.

Linda Nieuwstad (1974, Middelharnis) spent most of her childhood in a rural area close to a town called Zoetermeer in the Netherlands. Zoetermeer had been built in the seventies as a suburb for civilians. As a teenager Linda cycled daily through Zoetermeer to go to High School and she began to dislike the monotonous suburb. Every house had the same front door, the same garden fence and the same decorations bought in the same store. Somehow  creating large sized flowers originates from Linda’s childhood in Zoetermeer; she deeply felt the urge to celebrate the uniqueness and the abnormal things in life. And that is why her flowers do not look like the perfectly cultivated flowers from the flower booth next door. Linda wants her flowers to be irregular, Linda wants her flowers to have little flaws; her flowers should reflect life itself. In the nineties Linda studied Human Geography and City Planning at the University of Utrecht. Afterwards she worked as a civil servant for the City of Hengelo. 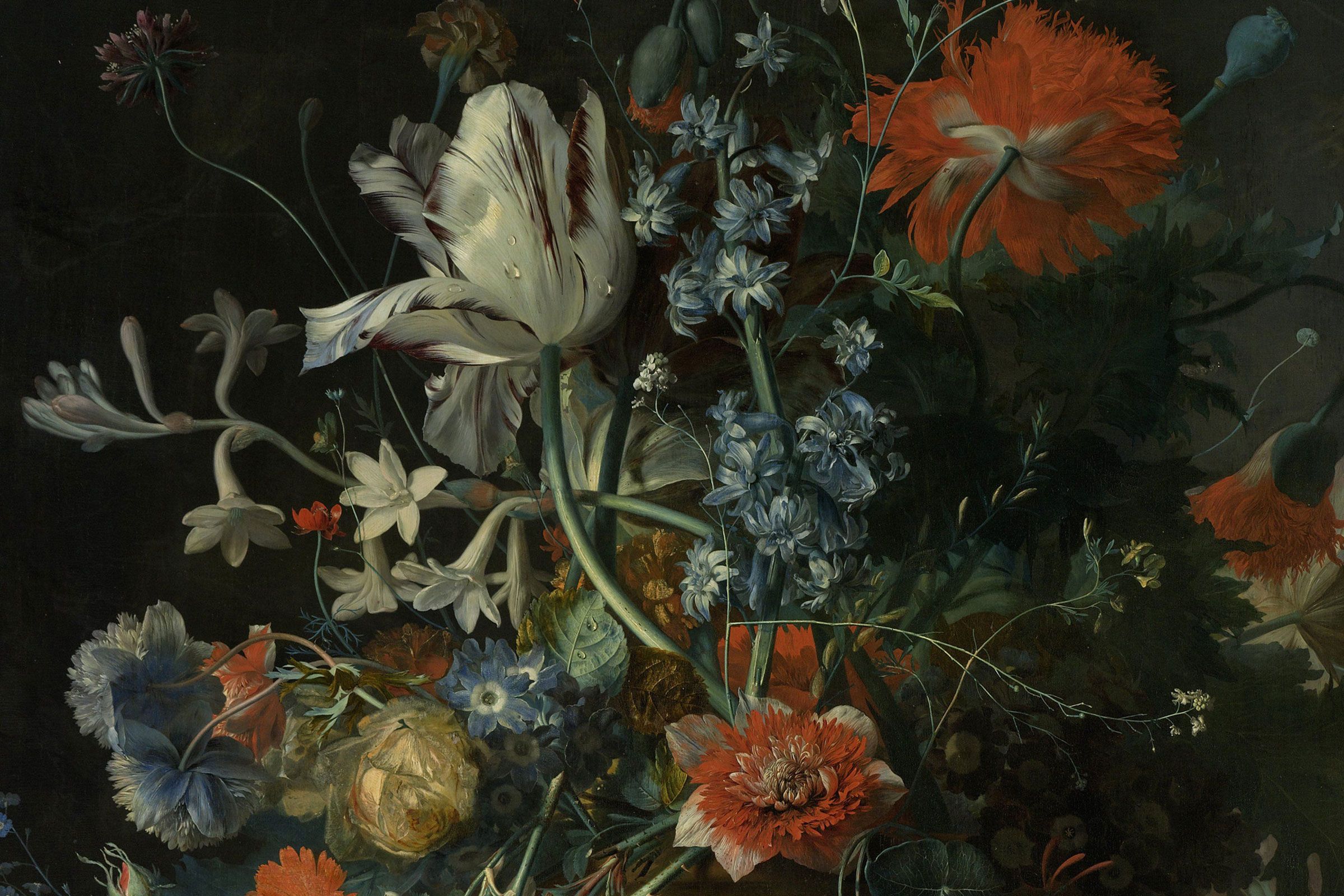 On Friday afternoons, when most of her colleagues were off, she found herself at work secretly making little drawings. And during the weekends she spent most of her time creating something, and on Monday mornings she returned exhausted at work.  One day she decided to turn things around and she visited an open house at the nearby Art School. She applied, gave up her job and started at AKI, Artez Art School in Enschede. After her graduation at the AKI in 2005, she did her Masters of Fine Art at the Sandberg Institute in Amsterdam until 2007. She made her first flower arrangement in 2011, and she has been making larger than life flowers ever since. In 2013 she met designer Piet Hein Eek, and this led to a collaboration in the same year. Linda Nieuwstad exhibits in the Netherlands and abroad, teaches at art schools and makes people happy with her flowers all year round. 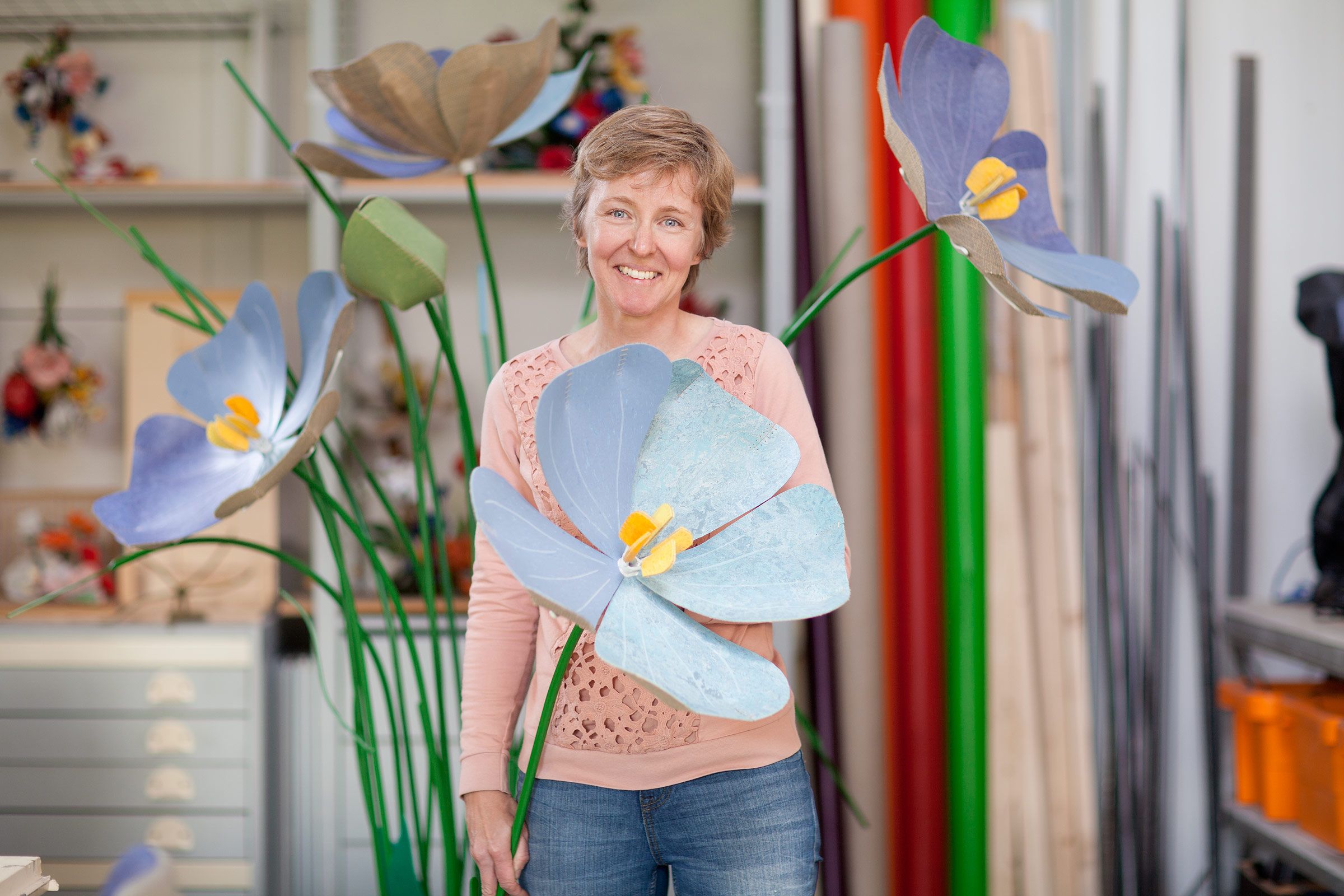 If you would like to stay up to date about my work, please send me an e-mail, I will add your address to my newsletter mailing list. My newsletter appears 4 to 5 times a year.